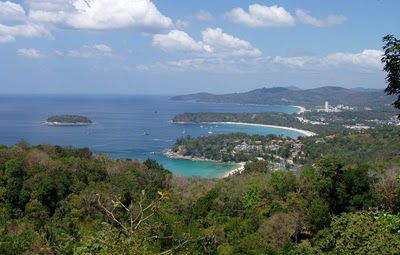 Thai law stipulates that a foreigner may not own land in his name – he has the right of ownership of buildings only. If a foreigner wishes to purchase land to build a property he has 2 options:

The land is purchased on a 30-year leasehold, with an option to extend the lease for further 30 year periods. Possession of the land is assured by virtue of the fact that the property occupies the land. The lessor cannot seize the property upon expiration of the lease, as the property is separate from the land.

If a foreigner is going to operate a business in Thailand then he may purchase the freehold of the land through his Limited Company. The land will be owned by the Company, not the individual.

There are many different types of land titles in Thailand, the majority of which do not allow for the legal right to build on that land.

Only 3 land titles are recommended; Nor Sor 3, Nor Sor 3 Gor, and Chanote.

In the beginning; i.e., the Sukhothai era, most of the land in Thailand was in the possession of the people, who reserved the right to individually use said land and to transfer it to their heirs. Later, in the Ayuthaya and Ratanakosin era, the land was owned by the kings. The people had to request a royal grant in order to obtain land.

There are two types of rights to private land:

The first is the right of possession (Possessory right), i.e. people who possess and use the benefit of land will have the right to possess such land under the Civil and Commercial Code. The second is ownership by a person who has a title deed and documents concerning the land.

Here are the 4 recommended types of land ownership:

Is the lowest land title which allows for legally building a property and an instrument certifying the use of land issued by the government to the proprietor of land not a possessory title, i.e. it is confirmed by law that a person holding Nor. Sor 3 has the legal right to possess the land. This land title can be used as a legal document or to use the benefit of the land as an owner. Nor Sor 3 is a floating map with no parcel points. It is issued for a specific plot of land and is not connected to other land plots. This causes problems in verifying the land area. Any legal acts must be publicized for 30 days.

Is a legal land title with the same legal basis as Nor. Sor. 3. The difference being that Nor. Sor. 3 Gor has parcel points on the map, and is set by using an aerial survey to set the points and the land area. It is possible to verify a nearby land area. It always uses the same scale of 1:5000. There is no need to publicize any legal acts, and it is possible to partition ( divide ) the land into smaller plots.

A certificate for ownership of land. A person having their name shown on the deed has the legal right to the land, and can use it as evidence to confirm the right to government authorities. The title deed has been issued by using GPS to set the area and boundaries of the land, which is a very accurate method. Any legal acts may be done immediately, as per the right of ownership. Land partition of more than 9 plots must be carried out according to the Land Allotment Law, Section 286. This is the most secure type of land title and is highly recommended.

Foreigners have the right to ownership of buildings only, where land is not included. Legal acts are unlimited. A suggestion for foreigners is to lease the land for 30 years with an option to an extension of the lease, then purchase ownership of the house built on the land. Certainty of possession of land and house is assured, by being the owner of the house. The ownership of the land shall be leased out. If arranged as stated above, then the house will be separate from the land, and will not be a component part under the Civil Law. Ownership of buildings can be confirmed, and the lessor cannot seize the house upon expiration of the lease. More information is available here at www.ethailand.com

Posted in Land titles
You can leave a response